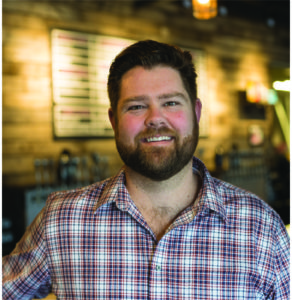 “The beverage industry continues to change at a rapid pace and cider has its own unique challenges and opportunities,” said Vander Heide. “We are stronger when we work together, and I’m proud to continue to do my part to advocate for cider industry stakeholders across the country.”

Vander Heide also sits on the boards of the Michigan Cider Association and the Cider Institute of North America.

OTHER DIRECTORS: In addition to its Officers, the American Cider Association Board consists of Regional Chairs, Members At Large and three Large Cidery Seats. Eleanor Leger, Eden Specialty Ciders of Vermont and David C. Thorton from James Creek Cider House of North Carolina have been elected to represent Eastern and Southern cideries respectively. Leger returns for her second term after a one-year hiatus. “I would like to support and promote the work of regional associations, and will work to build a strong and vibrant cider community in the Northeast,” says Leger.

Commenting on his election, Thorton says, “I’m pleased to be able to contribute to the board’s current ‘big tent’ philosophy in promoting the growth of the industry at large by aiding in the definition and standardization of product language, and through consumer education about various product styles. I feel strongly that development of cider as a beverage sector will open doors for smaller orchard based and niche producers to increase sales by increasing awareness.”

In addition to their board officer duties, Paul Vander Heide has been reelected as an At Large Member, and American Cider Association Treasurer Ben Calvi has been elected a Large Cidery board member. Other At Large board members include Brooke Glover of Swilled Dog Hard Cider and Sam Fitz of ANXO Cider in Washington DC. Additional Large Cidery board members include Brian Shanks of Bold Rock Cider in Virginia and Ryan Burk of Angry Orchard in New York.