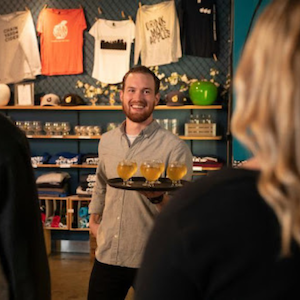 Nova Scotia has a rich history in apple production (one of the oldest in North America). Growing up in the Annapolis Valley, surrounded by old and new orchards, Nick McDow began to wonder why cider wasn’t the drink of choice. After working in both the wine and beer industries, he decided to focus more on cider, so in 2014 he took the Cider Appreciation and Production course at Cornell University with Peter Mitchell. After that Nick decided to go to Herefordshire, England to work a Harvest season with the renowned producers Ross-on-Wye Cider and Perry. From there, he started a small agency, King’s Barrel Imports, dedicated to representing cideries from around the world in Nova Scotia. He also began working full time at Halifax’s first urban cidery, Chain Yard Cider, and eventually became their General Manager. Nick has since gone out on his own and has started to focus more on imports, sales, and cider education. He currently hosts private cider tastings which provide an insight into the wide world of international cider. 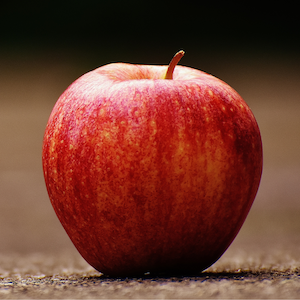 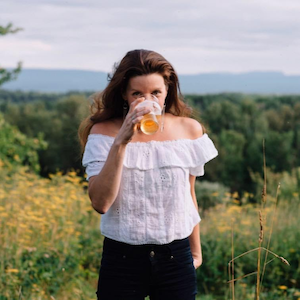 Jeannie Dubois first fell in love with cider on a trip to the British Isles in the 1990s. Since then, her cider journey zagged towards the wine industry, where she worked in Niagara both in vineyards and wineries and became a CAPS Certified Sommelier. At the time she won both the Up and Coming Sommelier Competition and Sommelier of the Year Award. She then ventured into beer upon her return home to Thunder Bay and completed her Cicerone Certified Beer Server and ventured to become a brewer at a local craft establishment. Subsequently, with the growth in the cider industry, she was able to attend and successfully complete the Foundation in Cider & Perry Production course through CINA at Cornell University and then went on to achieve her certification as a Cider Judge with the BJCP. She was fortunate enough to sit the second exam that the ACA hosted for Certified Pommelier™ and passed to become Canada’s first Pommelier. She currently writes prolifically for Cidercraft Magazine, judges cider competitions, invigilates cider exams and brews beer, all whilst dreaming of her true love, cider, always.